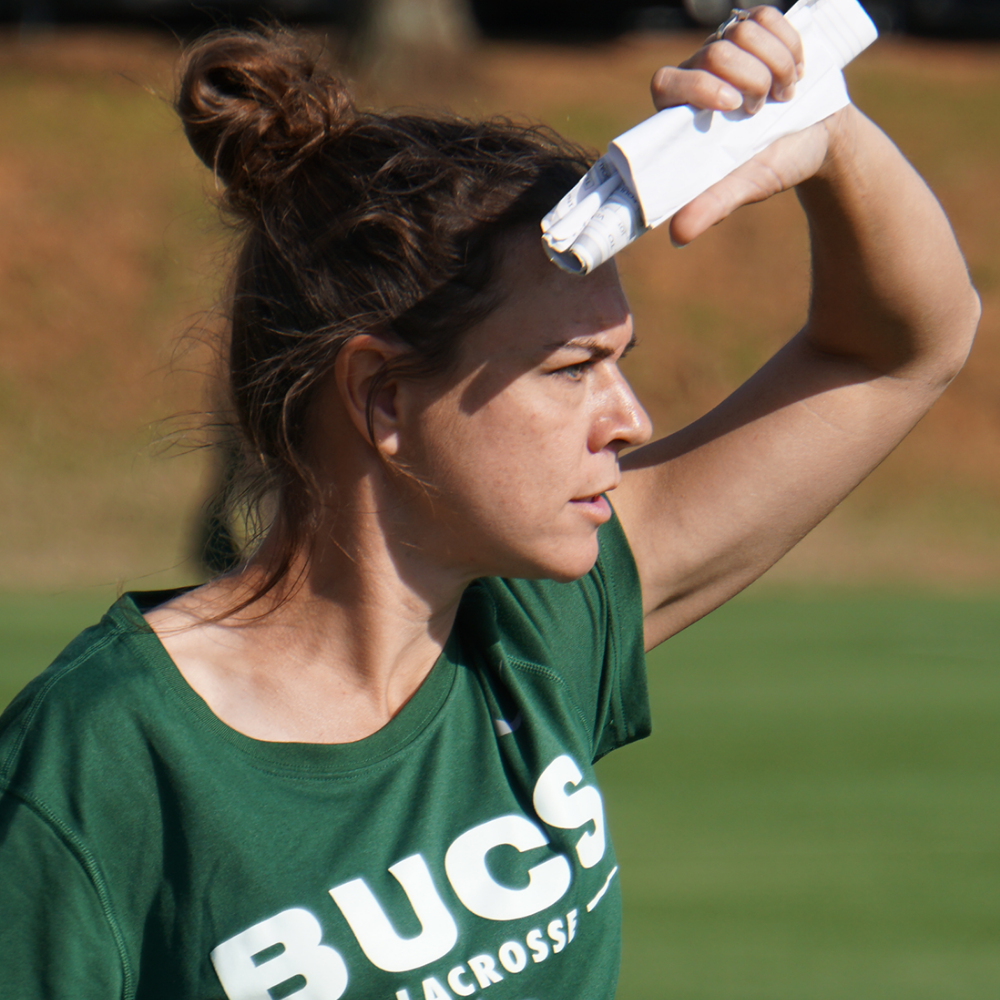 Kristy Boyles began her lacrosse career at Skaneateles High School in Syracuse, NY. After receiving three varsity letters, first team all-region and defensive MVP awards and female athlete MVP across soccer and lacrosse, Kristy began her college career as a member of the DI varsity team at the University of Richmond. Kristy received an athletic scholarship from U of R and graduated in 2005 with academic honors and a BS in Biology and Business Administration. Kristy has coached at Charlotte Country Day since 2007, coaching MS in the ’07 and ’08 seasons before joining the varsity coaching staff in ’09 and becoming Head coach in 2012. Over the past eight seasons, CCDS has compiled a record of Over the past eight seasons…..record of 118-49, winning the NCISAA State title in 2010, 2011, 2013, 2014, 2015, 2016, 2017 and 2018. In 2017 Kristy was honored by Country Day with the Carl Bolick Coaches Award honoring character, sportsmanship and service. Kristy additionally served as the NC chair for the US Lacrosse National Tournament from 2009-2017, serves on the Western NC USL Board and is the Girls Co-Director for the Nation United Lacrosse Program. Kristy has been coaching with the Stars since the Summer of 2007 and co-founded Little Sticks Lacrosse in 2015.

Comments Off on KRISTY BOYLES 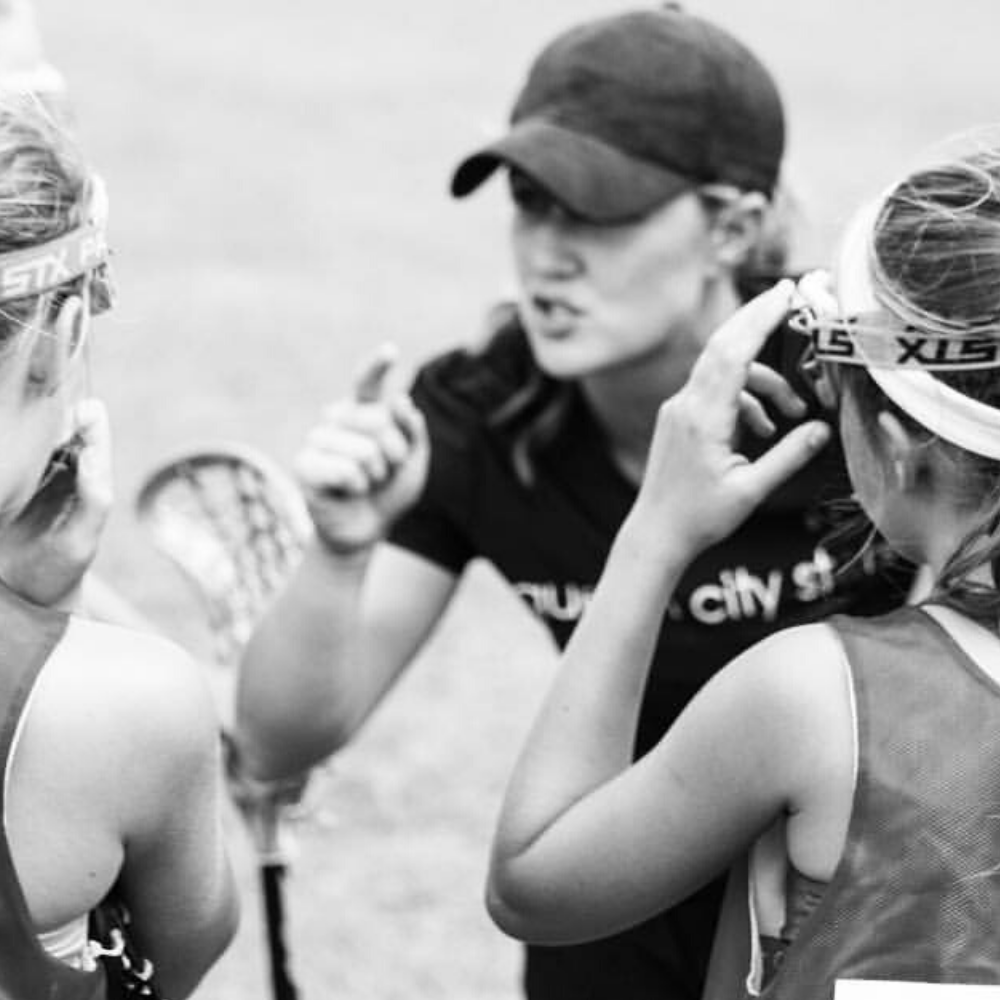 Brittany Philip played High School lacrosse at Corning East in Upstate NY. From there she took her lacrosse career to Queens University of Charlotte (DII). While at Queens, Brittany was a captain her junior and senior year and earned lacrosse accolades including, but not limited to, Conference Carolinas Player of the Year in 2012, IWLCA All American Second Team and IWLCA All-Region First Team as well as representing Queens University of Charlotte as the NCAA Woman of the Year Nominee. Brittany – an attacker who also served on the draw circle – finished her career as the all time team leader in goals with 168, draw controls with 190, and set the single season record in goals with 56 her senior year.

Brittany, who started coaching with the Stars in the Fall of 2013 is the Youth and Middle School Director, overseeing athletes in K-8th grade, focusing on players during critical times of physical development. She spends time on the field with all levels for QCS but specifically focuses on our youth and middle school players, critically preparing them to transition from small field to full field play and subsequently, prepare them to play in high school.

Brittany graduated with a degree in Sports Communication and Marketing in May 2012. After a corporate stint in Olympic Sports Marketing through Rio 2016 and PyeongChang 2018, she shifted gears to teach Middle School Health and PE in Charlotte. She is the Program Director and Head Varsity Coach at Cannon School, and the Director of the South Park Youth Association Girls Lacrosse Program (501c3), in addition to her roles at QCS.

Comments Off on BRITTANY PASUT Molly Lehman-Lewis, originally from Canandaigua, NY, began her lacrosse career at Canandaigua Academy. After being recruited she continued her career at SUNY Potsdam playing offense, she was made captain her senior year and was named MVP in both 2009 and 2010. Molly graduated in 2010 with a BA in Psychology. Post college she was an assistant coach at Belmont Abbey College from 2010-2012 and High Point University in 2012 before taking over as the Director for Little Sticks Lacrosse as well as serving as an assistant varsity coach at Myers Park and a volunteer assistant at Queens University of Charlotte. Molly is now the head coach at Belmont Abbey College. She has been coaching with the Stars since the Summer of 2010.

Comments Off on MOLLY LEHMAN-LEWIS 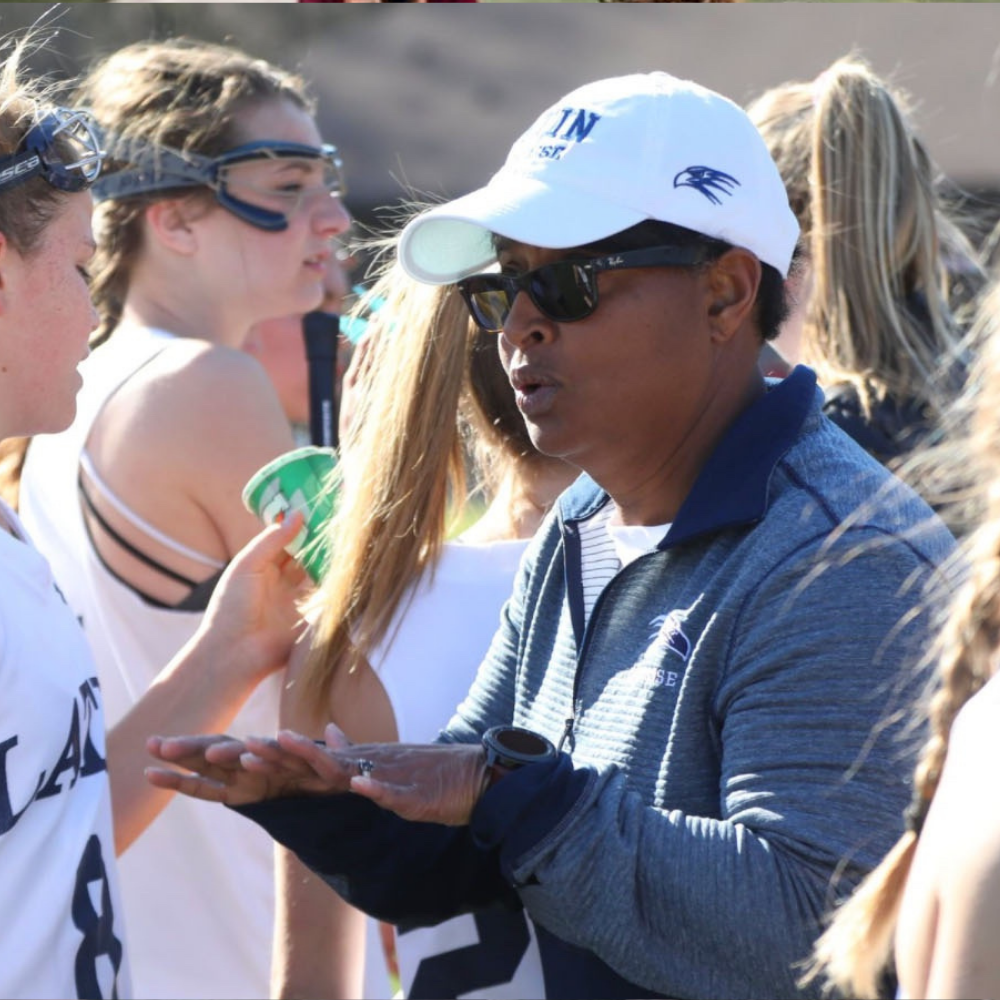 Nikki Williams has been coaching and playing lacrosse for over 30 years. She began her playing career as a goalie in high school at The Hotchkiss School is Lakeville, CT. She attended St. Lawrence University, where she was a four year starter and led her team to 3 NCAA Tournaments bids. In her junior campaign, the team finished their undefeated regular season as the NCAA National Championship Runner up. That same season she was a 2nd Team All American and posted a single season goals against average of 5.01. Nikki finished her career at St. Lawrence with a record 585 saves and a goals against average of 5.69, and was inducted into the St. Lawrence Hall of Fame in 2002 as a member of the 1990 Women’s Lacrosse Team, and in 2011 as an individual.

Nikki graduated from St. Lawrence with degrees in Sociology & Creative Writing, and then returned to Hotchkiss, her Alma Mater, where she spent six years as a coach for their Lacrosse, Ice Hockey, and Soccer teams. Following her move to Atlanta, from 2004-2010, Nikki was the Director of Operations and Head Coach of the U15 and HS Elite teams, as well as a Coach Consultant for Dixie Chix Lacrosse Academy and Hotlanta Lacrosse Club. Nikki was named the US Lacrosse Coach of the Year in 2009, and was the owner and director for Step out Sports, LLC and Thunderbird Lacrosse Club from 2010-2013. While in Atlanta and being heavily involved in both club lacrosse coaching and player development, Nikki was also the Head Women’s Lacrosse Coach at Agnes Scott College, a brand new program, from 2008-2012.

Nikki has been a member of multiple USL Chapter and Umpiring Boards, in addition to being a USL Rated Official, and has served as both the Vice President of the Women’s Division Georgia Lacrosse Foundation Regional Chapter, as well as the Executive Director of the Collegiate Women’s Lacrosse Officiating Association.

Nikki moved to Charlotte in 2012 as Owner & Director of AC Lacrosse Club, and most recently worked alongside Kristy Boyles as the Co-Director of Nation United Lacrosse Club.  Currently she is the Head of Girls Lacrosse at Charlotte Latin as well as the Varsity Head Coach. Her program captured a State Championship in 2019, and they were runner ups in both 2017 & 2018.

Comments Off on NIKKI WILLIAMS

Morgan Akers began playing lacrosse in middle school and continued at Marice J. McDonough High School. She went on to play lacrosse at Wingate University after that (DII). Morgan was a captain at Wingate throughout her junior and senior years. Morgan finished her college career with 43 goals and 28 ground balls as a midfielder.

Morgan joined Southern Maryland Revolution as a coach in the fall of 2014, was in charge of athletes from elementary through high school, concentrating on players at crucial stages of their lacrosse career. She also taught for Infinity Lacrosse, an indoor program that allowed players of all ages to develop their skills, fitness, and agility during the off-season.

Morgan received her bachelor’s degree in marketing in May 2021. Following graduation, she pursued her ambition of working of becoming a Marketing Specialist at etaGLOBAL, LLC, an Aerospace company. Fall of 2021 will be Morgan’s first season coaching with Ultimate CLT.

Comments Off on MORGAN AKERS 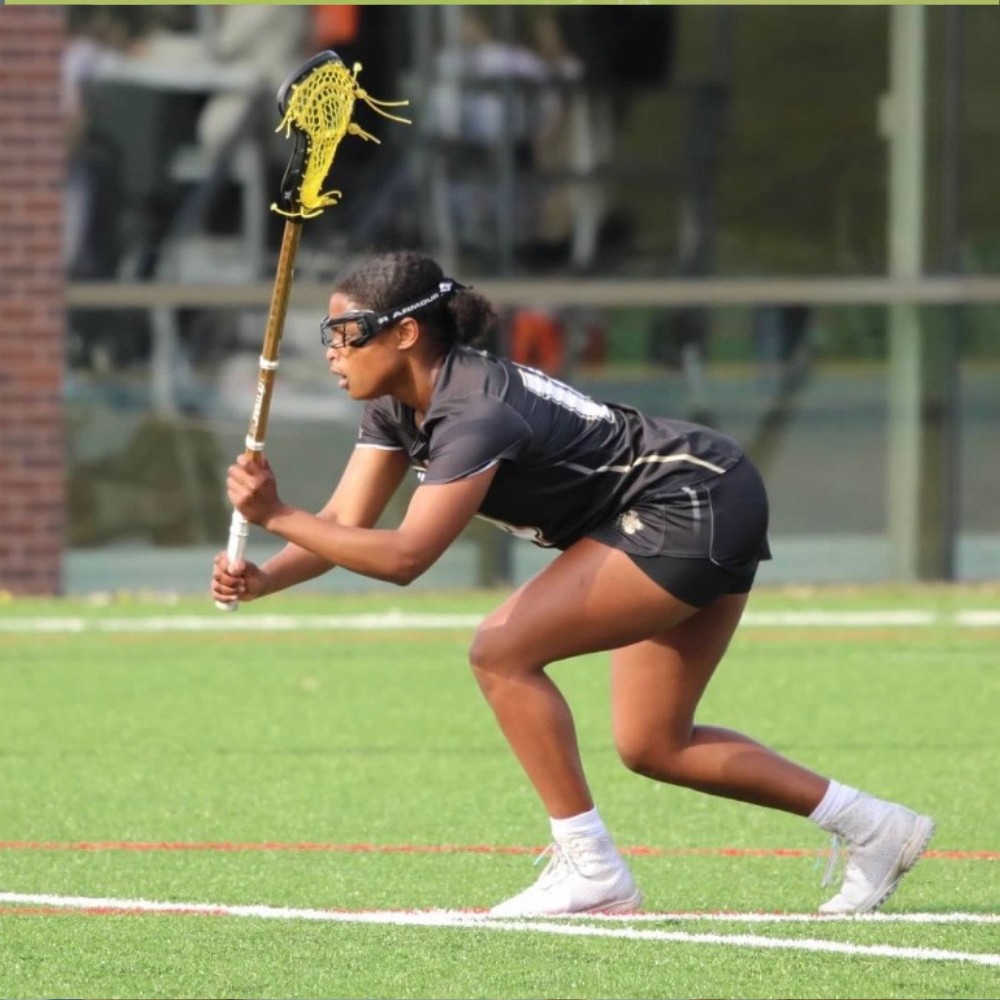 Comments Off on KYM ARDREY 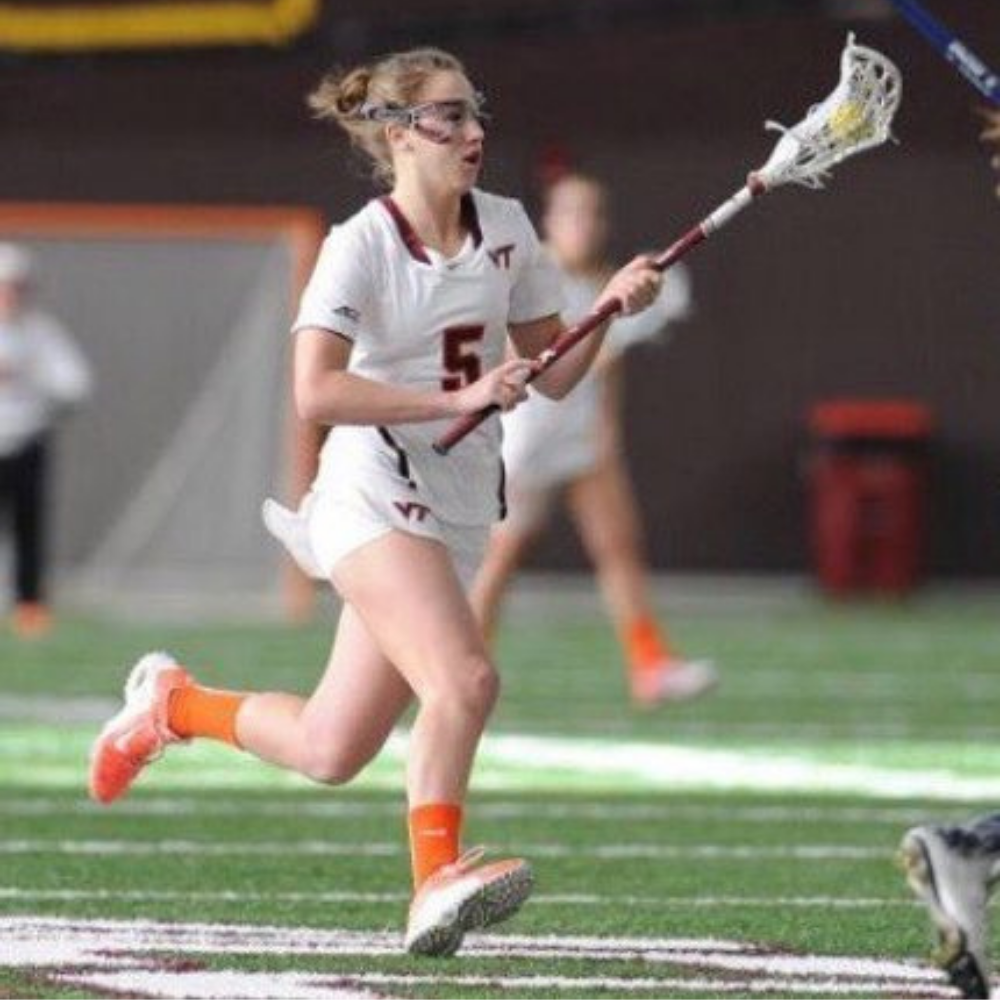 Zan is from Vero Beach, FL. She was a four-time State Champion at Vero Beach High School for coach Shannon Dean, a two-time All-American and played club for Stickbenders in Florida while in High School. She played three years at Virginia Tech as an attacker. While there, she was rookie of the year her freshman year and graduated in May 2019 with a degree in Human Development and a minor in psychology and sociology. She moved to Charlotte in August of 2019 and started coaching for the Stars in the fall of 2020.

Comments Off on ZAN BIEDENHARN 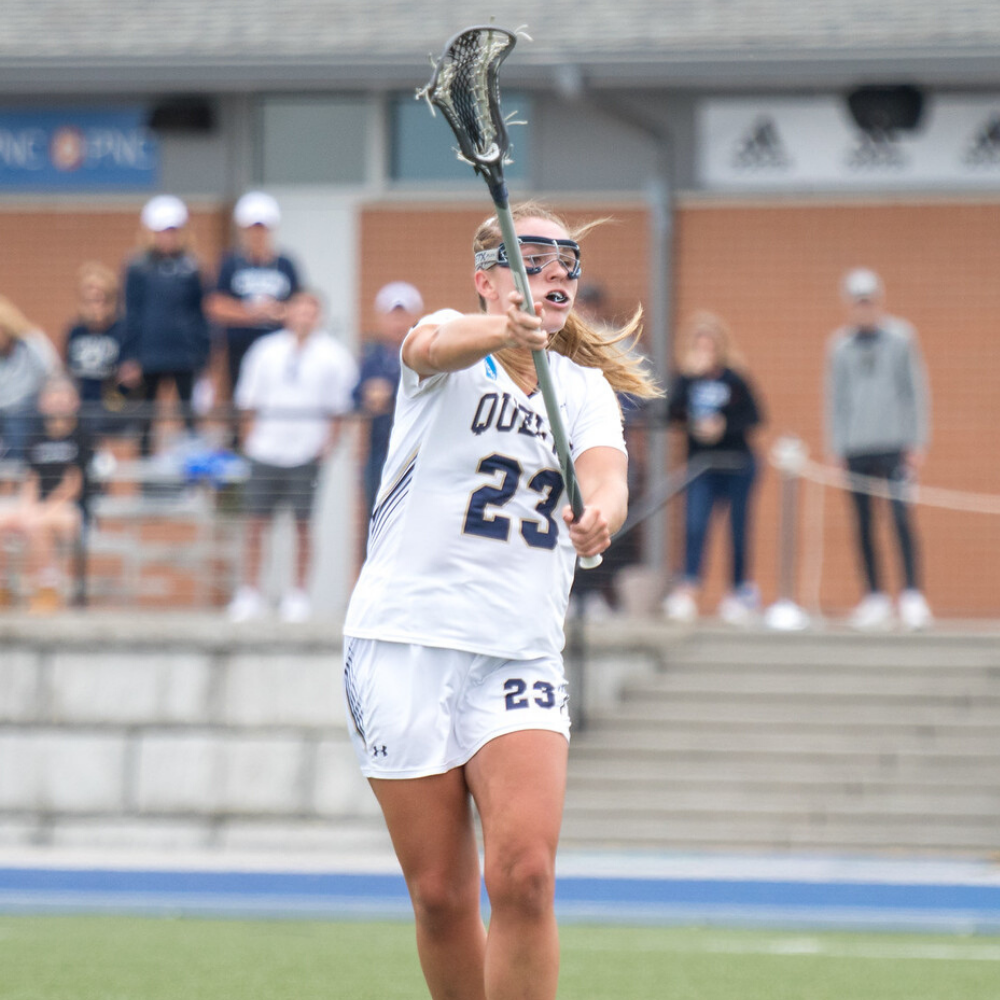 Kara is from Pasadena, MD where she was a varsity captain of both the women’s lacrosse and basketball teams. Throughout her high school career, Kara received multiple All-County and All-Region First Team honors. She was named Greene Turtle International High-School Athletics MVP. Kara played D1 women’s lacrosse at La Salle University in Philadelphia, PA before transferring to Queens University of Charlotte. At Queens, Kara was named a captain and received SAC Player of the Week, Second team All-Conference, First Team All-Conference, First team All-Conference Tournament twice, and has led the Royals to two Final-Four NCAA Appearances. In her 2.5 seasons as a Royal, Kara has been welcomed to the “century club” surpassing 100 career points her junior year and 100 career goals her senior year. Her senior year, Kara led the Royals to the DII National Championship where she was named to the First team All-Tournament team and as an All-American. Kara started coaching with QCS/Ultimate CLT in the summer of 2020.

Comments Off on KARA BLANCHARD 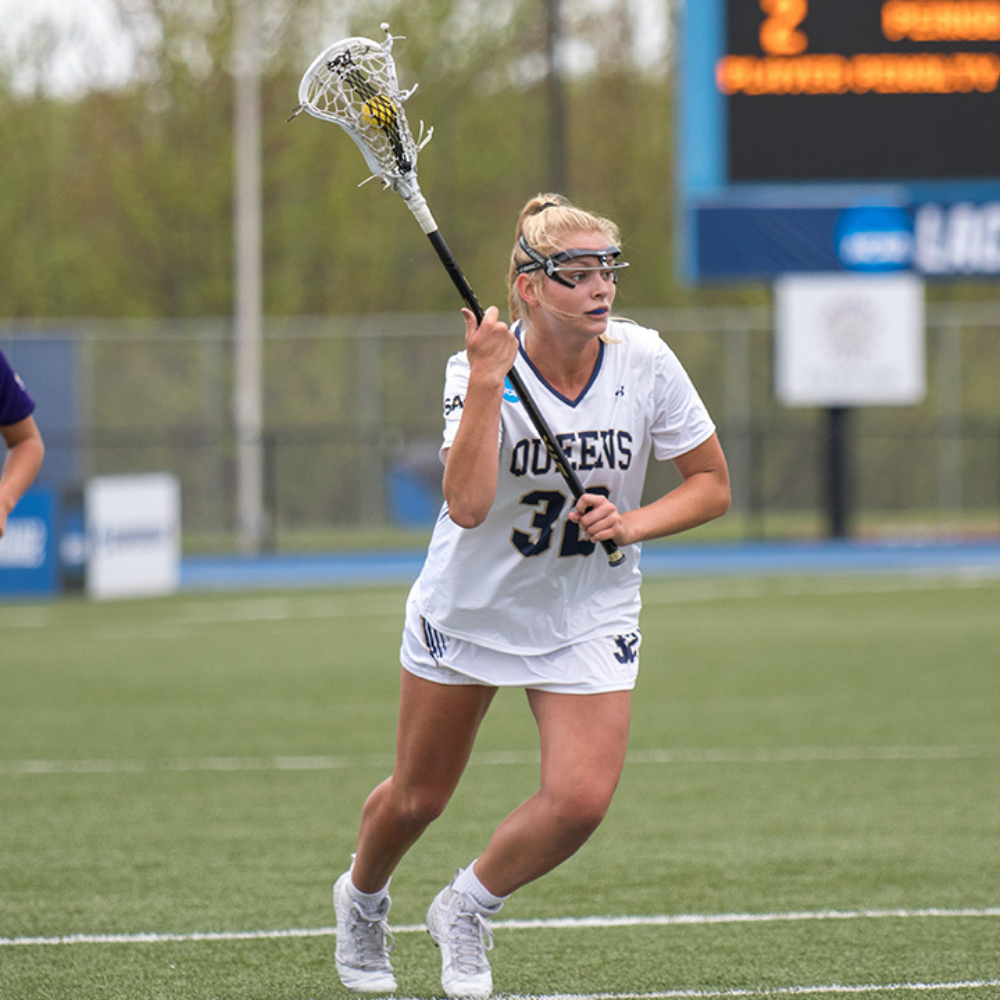 Comments Off on ALLY BLOOD 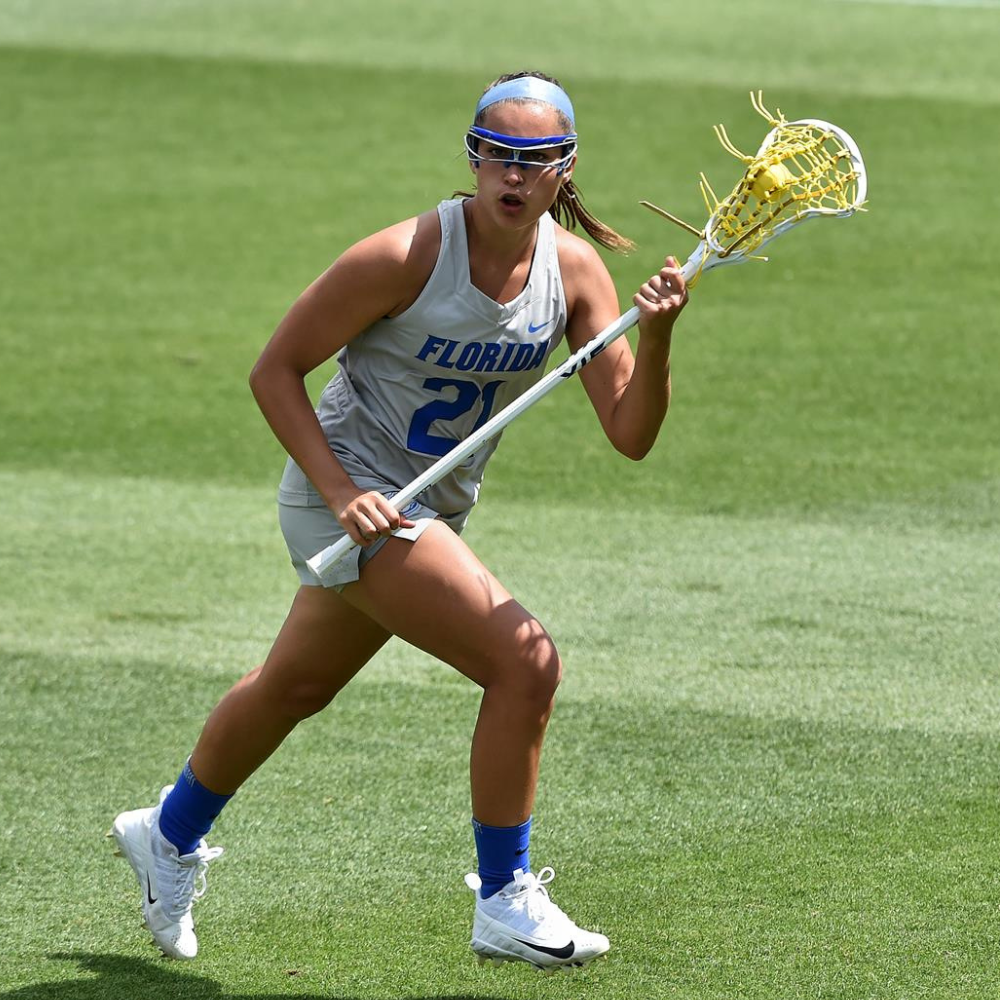 Lexi is originally from Gainesville, VA then moved to Scottsdale, AZ for 2 years where she played HS lacrosse at Desert Mountain HS in Scottsdale, AZ and received the Arizona All-State Attack Player of the Year and Midfield Player of the Year in 2012 + 2013. She also played on the Brine All-American Team West and Desert Heat travel team while living in Arizona. Lexi then moved back to Gainesville, VA and played HS lacrosse at Patriot High School in Nokesville, VA where she earned conference player of the year in 2015 + 2016, as well as receiving All-Conference, All-Region, All-State and All-American honors.

She also served as captain Junior and Senior year for high school, and played on the SuperNova Travel team. Lexi went on to play lacrosse at the University of Florida- a top 10 NCAA team all 4 years while she was there. She made it to the NCAA playoffs each year, until the season was cut short by COVID her senior year in 2020. Lexi made the Conference Academic Honor Roll all 4 years and graduated from the University of Florida with a Bachelor’s degree in Business Management.
Lexi currently works in sales at an IT Staffing company.

Lexi started coaching with Ultimate CLT in the summer of 2022.

Comments Off on LEXI BOLTON