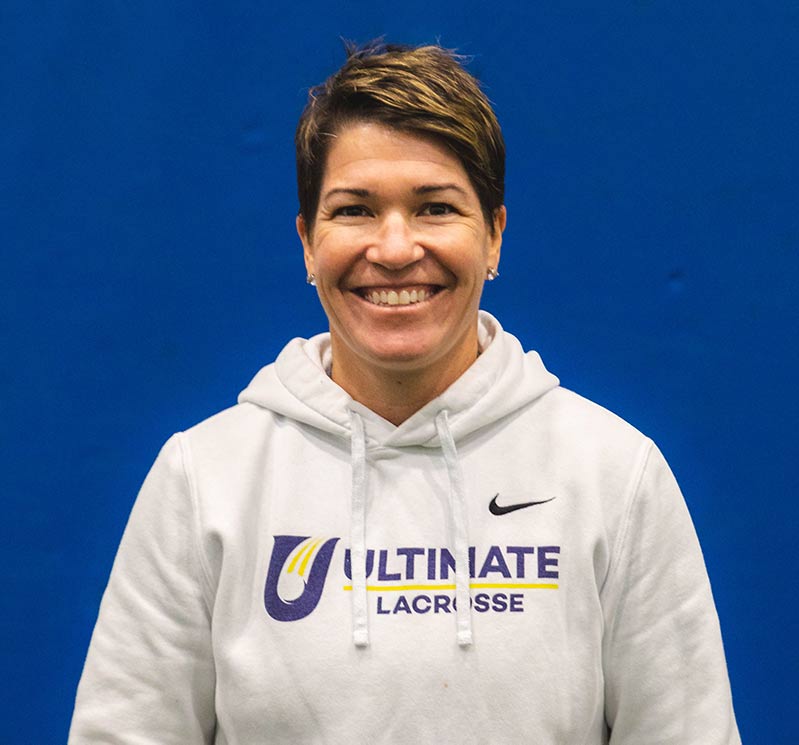 Michele DeJuliis has contributed extensively to the sport of lacrosse for the past 25 years. She has contributed at the grass roots level as a club director, at the collegiate level as a student-athlete and coach, and most recently at the World Cup level, where she served as a player, captain, and coach. For her contribution to the sport, Michele was inducted into the US National Lacrosse Hall of Fame in 2013.  DeJuliis currently serves as the CEO and Founder of the Women's Professional Lacrosse League.  (WPLL)

Michele is the founder of Ultimate Lacrosse, established in January of 2001. Based in Philadelphia & New Jersey, Ultimate is dedicated to growing the sport, by increasing the skill development, competitiveness, and overall lacrosse IQ of the young women who play it. Specifically, Ultimate creates and supports teams and clinics ranging from fifth through eleventh grade. In her tenure as President of Ultimate, Michele has helped developed thousands of lacrosse players and placed several hundred in the  college game.

A long standing member of Team USA, DeJuliis captained the 2009 U.S. Women’s World Cup team that won the 2009 FIL World Cup in Prague. A member of U.S. National Team program since 1994, Michele retired from her playing career after winning the gold. She joined Team USA as an assistant coach and was part of the 2013 Gold Medal winning World Cup team. In 2014, DeJuliis was named as an assistant coach for the 2015 U-19 Women’s World Cup that played in the FIL World Championships in Edinburgh, Scotland in the summer of 2015.

As a collegiate coach, Michele spent eight seasons as an assistant coach with the Princeton University women’s lacrosse program (2004-2012), where she served as the offensive coordinator. During her tenure at Princeton, DeJuliis was recognized as the IWLCA Assistant Coach of the Year in 2011.

DeJuliis played collegiately at Penn State University and was a four-time All-American. She finished her career eighth on the school’s all-time scoring list with 142 goals and sixth with 203 points. She led the Nittany Lions to three NCAA tournament appearances with a semifinal trip in the 1995 NCAA Tournament. DeJuliis served as an assistant coach at her alma mater in 1998 while completing her degree in Kinesiology.

A native of Baltimore, DeJuliis was inducted into the Greater Baltimore Chapter of the US Lacrosse Hall of Fame in 2008. She also served as the chair of the IWLCA’s Recruiting Education Committee, IWLCA Tournament Committee and as a member of the Mid-Atlantic All-Region Committee.

Before entering the coaching profession in 2004, DeJuliis spent five years as a member of the Baltimore City Police Department and was a member of its SWAT team. Joining the department in 1999, DeJuliis spent time as a patrol and SWAT officer before moving onto the detective ranks, completing her service as a detective with the Executive Protection Unit. She earned a Meritorious Conduct Award and the Police Commissioner’s Award of Excellence while serving the department.